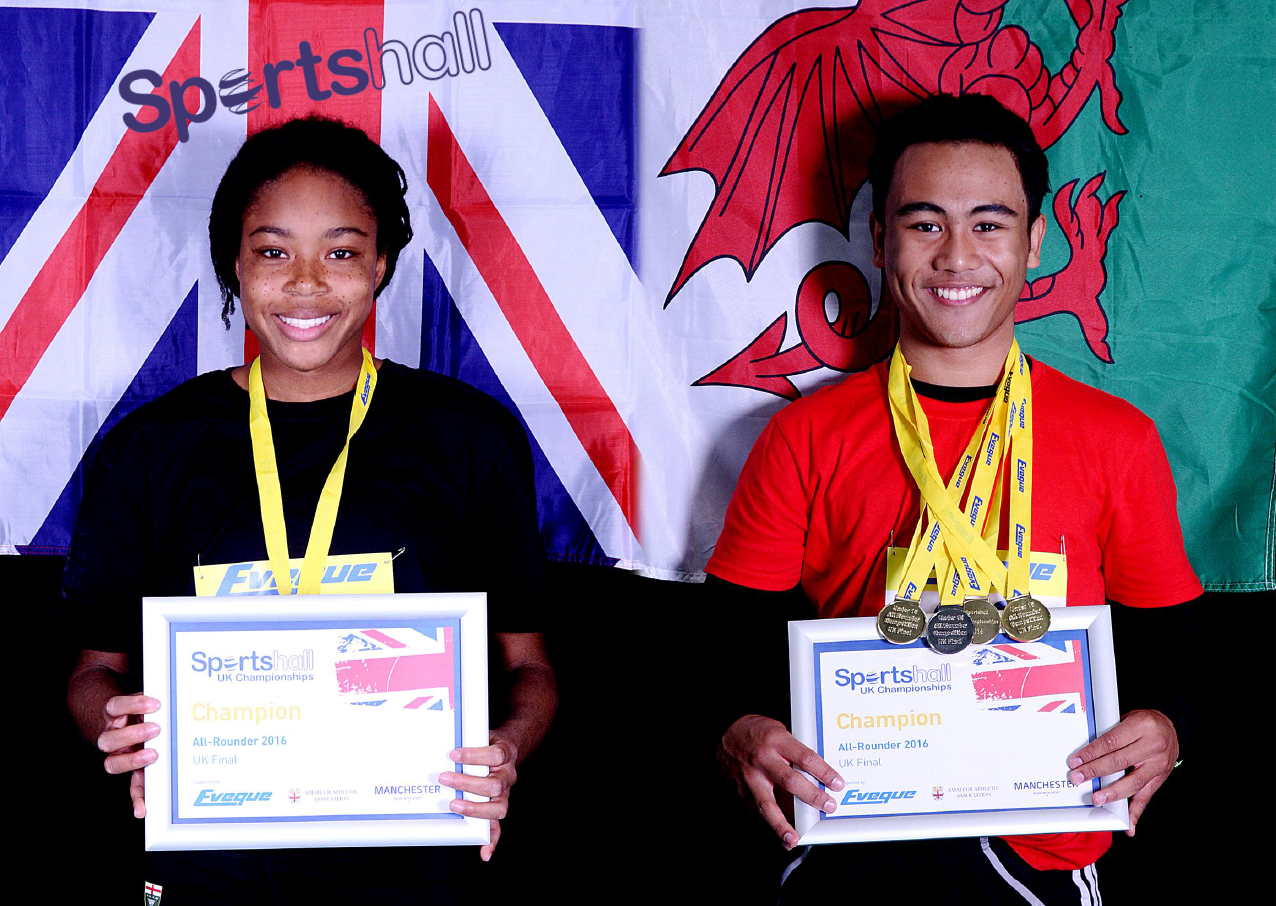 Once again Sportshall Associates are delighted to announce that both 2016 All Rounder Champions Radix Mulawarman and Amber Anning will act as Sportshall Ambassadors for the forthcoming season. The roles are being handed over from previous All Rounder winners Kaie Chambers-Brown and Ellie Hodgson.

Our latest UK Final Under 15 All Rounder Champions will both act as role models at forthcoming Sportshall Schools and UK Championship events, presenting awards and inspiring young athletes to follow in their footsteps.

Radix built on his impressive performances at the Welsh Sportshall Final in March, where he equalled the Welsh Speed Bounce record of 88 bounces whilst representing Dyfed. The Carmarthen Harriers athlete took the UK Final All Rounder title in April by taking Gold in a very hotly contested 2 Lap race. Radix also claimed Gold in the Standing Long Jump with another Welsh record equalling performance of 2.88m whilst improving on his Regional Speed Bounce performance to 90 bounces to now stand alone as a Welsh Record holder.

Amber who has been competing in Sportshall since she joined Brighton & Hove AC at nine years old took her title with a Gold Medal in the 4 Lap and a Silver in the Vertical Jump. She ended her Sportshall county career in 2016 with an unprecedented 10 age group records out of a possible 18. At the final league match of the season she spoke to the county’s youngest club athletes and urged them to, “continue doing Sportshall until you are as old as me, because it is fun, skilful and great winter competition and some of the best athletes in the UK started out in Sportshall.”

Outside of Sportshall Amber won the English Schools Junior 200m final in July and in August, competing up an age group, became the National Under 17 Champion over 300m, breaking Dina Asher-Smith’s record. Amber ran 38.73 seconds and became the first British U15 girl to ever run three successive 100 metres inside 13 seconds. Ambers goals this season are to medal over 300m at the English Schools and, if top two, gain international selection.
We trust they both embrace and enjoy their new role as ambassadors and wish them a successful future for many years to come.