Whilst successful programmes have been delivered in Norway, Australia, South Africa, Serbia and Spain for many years below are some examples of more recent Sportshall Athletics International Programmes:

Former Olympic Athlete, Milt Ottey has successfully been running a Sportshall Development programme and Event Delivery Service in Ontario, Canada for over 15 years. Working in partnership with Eveque and Sportshall, Milt and his team adapted the UK programme to suit the development requirements in Canada. As well as day to day delivery within the Greater Toronto Area many programmes have also engaged the First Nations communities in the most remote areas of Canada. In 2010 & 2011 one such programme engaging over 13,000 young athletes utilised the Sportshall Award Scheme to monitor the fitness of children across Ontario, comparing and contrasting the results in each community.

Since 2016 we have been working with the Government in Saudi Arabia (General Sports Authority) to develop Sportshall Athletics and Physical Educational opportunities in general. Following an initial pilot programme in 2017 a series of Girls only Olympic days followed in early 2018. The current focus remains on building on these experiences and using Sportshall Athletics to provide more and more opportunities for Girls across the Kingdom to engage in Sport and PE. Following the initial programme there has been significant interest from other Countries in the Middle East. 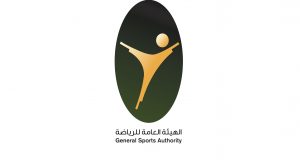 Working with Everton FC in the Community, the Sportshall concept has recently been set up in Shanghai following investment in equipment in 2017. There are plans for an extensive programme of training in the UK to enable Everton in the Community coaches to extend the delivery of Awards activity across Shanghai and beyond.

The World Marathon Challenge is a simultaneous relay in which teams from across the world race against each other over the full marathon distance.

The World Marathon Challenge began in 2008 and became so popular that by 2013 it was the largest event of its kind ever staged. From a pristine indoor running track in Manchester to a forest path in Mexico to a grassy field marked with a painted white line in Kenya. Even children in a refugee camp in Syria have taken part. 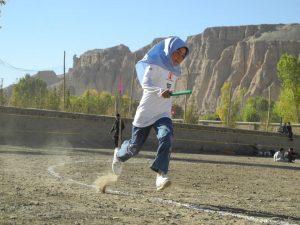