Sportcity in Manchester was host to a fantastic culmination of the 2015 Sportshall Athletics season over the weekend of 25th/26th April. The event, which sees young athletes from across the UK representing their Counties, provided a wonderful finale to a journey which for most athletes started in County Leagues in October. Nearly 500 athletes took part over the weekend with 18 Counties represented.

The final was formally opened via video message by a series of former Sportshall competitors and current GB Athletes including Katarina Johnson-Thompson, Martyn Rooney and Sportshall All Rounder Champion 2011 and world Junior Gold Medallist, Morgan Lake. 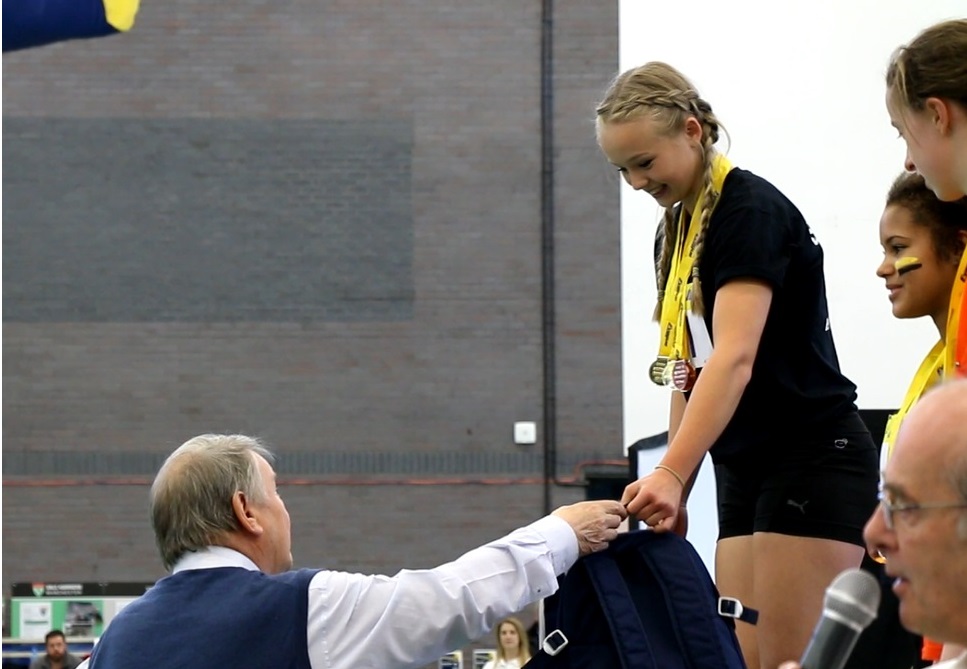 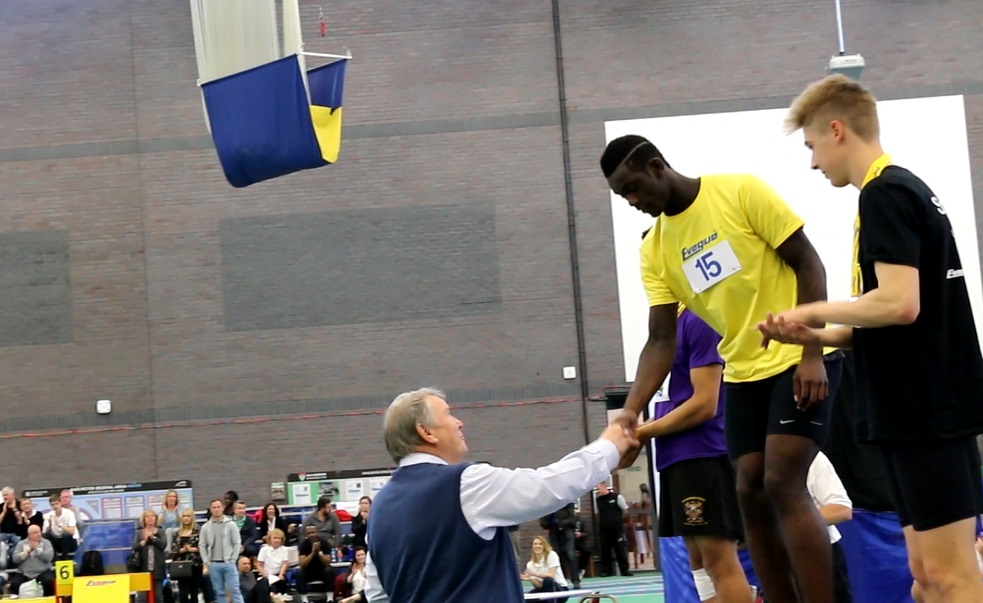 The U15 All Rounder Competitions, were won by defending champion Ellie Hodgson from Hampshire and Kaie Chambers-Brown from Birmingham. Ellie is only the fifth athlete in the history of the championship since 1991 to successfully defend the U15 title. Our 2015 All Rounders join an illustrious group of recipients which includes Mark Lewis Francis, Kelly Sotherton and Jade Surman.

In the Team Competitions  Surrey claimed both U13 Girls and U15 Girls trophies, whilst the Avon U13 Boys secured their fifth trophy in six seasons. Berkshire took their first ever U15 Boys title with an impressive Hertfordshire team placed as runners up.

After a thrilling set of final relays, presentations were made by Sportshall’s creator George Bunner MBE and the crowd of parents, athletes, coaches, young and experienced officials went home to plan their next campaign.

The Sportshall Team would like to thank all competitors, officials, team managers and in particular the City of Manchester, AAA, England Athletics, British Athletics and Eveque for their support in making the event possible.

For full results or more information on the programmes please visit www.sportshall.org or follow on twitter @SportshallUK for regular updates.